The Bold Life Action Men’s Mastermind and Life Mastery Circles are designed specifically to support men in making courageous choices both internally and externally aligning their actions with their highest vision of who they wish to be in the world.

Every Thursday Evening On Zoom 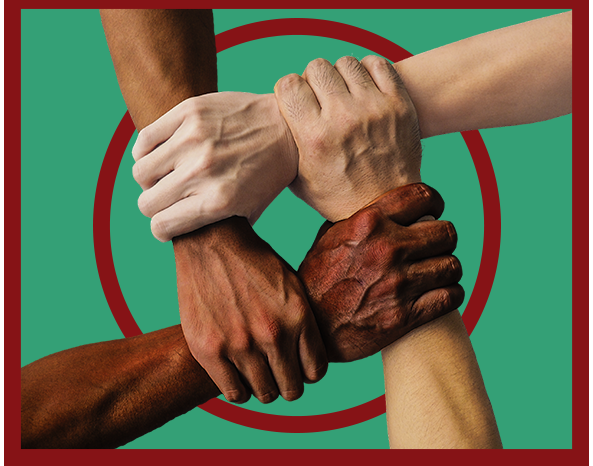 Group In Progress – Contact For Further Info To Attend 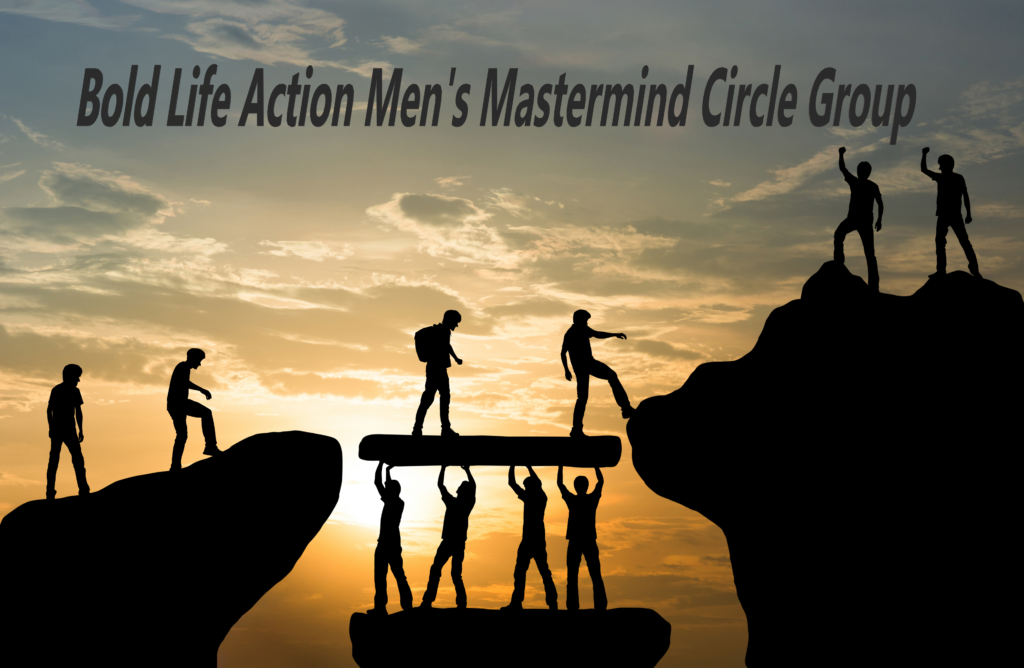 Join For A Free Session

For men to rise above beliefs and habits that constrict them and step into their full power connected deeply with self and others.

The Bold Life Action Men’s Mastermind group is for men to hone in on their highest visions and desires. It is a group that provides practical pathways to move towards those visions with clarity, openness, curiosity, humour, consistency, and confidence.

Every month there is a specific theme such as – Purpose, Sovereignty, Freedom, Connection, Kingship, and much more.  This program is designed to support you in focusing in on your resourceful capacity and to emerge from it with some bold decisions to activate in your daily life.

The Bold Life Men’s Mastermind Group is where growth minded men come together to connect, share, support, be supported in their personal life journey.

• It’s connecting with yourself, another partner, and with the group.

The evening is for exploring what is the ‘external victory’ you wish to accomplish and what is the internal victory a.k.a mental ‘gremlins’ that you need to face and overcome on your journey.

It is about coming together and opening up to new insights and possibilities for you to act upon to reach your personal goal.

Here’s what some of the guys in the group are saying.. .

The best thing about being part of this men’s group and working with Klaus was slowly getting over my expectation of being judged.

The other great thing was that instead of just talking about taking action like so many therapists and life coaches do, Klaus actually took action to find people to work with me and help me grow my confidence in starting out as an entrepreneur.

Until I joined this group I had an ingrained belief system that work had to be negative and miserable but now that’s slowly breaking up and I have new hope for the future.

So anybody who’s new to this type of thing or is looking to join the Bold Life Actions Men’s Group with Klaus, I can tell you from my personal experience, and from years of doing personal work, it’s improved my relationships with my friends and my family.

It’s increased my confidence with women  as well. I also feel more satiable as a man.

In general, it’s a group where men can support other men to grow. And what I would basically say is just give it a try  and join us in the journey and the learning.

First of all I really want to thank you for holding the space during our Men’s Mastermind meeting last night. I think it was fantastic and it seems to me that the meetings are getting better and better, and people are sharing more and more.

Being in a Men’s Group Led by Klaus Klein has been an incredible experience.

First of all, Klaus is an amazing leader I see him as a true role model of what a conscious man is. He’s incredibly strong, not only mentally and physically, but he’s also very caring, loving and sensitive. He is extremely knowledgeable and experienced and an excellent facilitator a very good communicator.

For a man to be leading for other men it’s a high bar, in my opinion, and Klaus meets that bar and then some. I had checked out other men’s groups in the past and honestly, it was very disappointed in the leadership.

Second thing I love about the men’s group is the structure. We have structured meetings, we have structured topics, we have monthly themes. It’s not just guys sitting around and talking and sharing feelings, it’s structure, it’s learning together, it’s supporting each other. That’s something I really love because I’m a lifelong learner at heart. And I like to know what’s going to be happening, as well. I can’t just sit around in a circle and talk about my feelings. I’ve done that in therapy, and it’s great, as this time and place. However, for an ongoing men’s group that does not work for me.

The last thing I really love about the men’s group is the connection with the other members. I’ve been in the Klaus’s group since the start and have forged incredible friendships with many of those guys, and even some of the guys who are no longer in the group, I’m still friends with them.

I’m really excited to meet some of those guys in person because it’s an online group, and most of the members are in Vancouver, I live in Banff Alberta. So I’ve only met a couple of them in person. So, for you watching this video considering passively checking out the men’s group. Do it. You will not regret it.

Before joining the BLA men’s group, I worked with Klaus on and off for a few years in counselling. I had often expressed to him that through my growth and personal development, I had found myself isolated and struggling to find connection with like-minded individuals. I had often tried to talk and share with friends and family about the books I was reading or the ways I was working to improve my life, but I found that there was a lack of interest, and it left me feeling as though I was trying to force them to be interested and work on themselves.

Joining the BLA men’s group has given me a space to express this side of myself with others at various stages of their growth and development. I have had opportunities to share my positive and negative experiences to help guide others. I have also benefited from being exposed to people who can offer me the same guidance, gaining new perspectives from learning about their varying life experiences and backgrounds.

Having this outlet has allowed me to become more laid back when talking with friends and family and not feel a need to push them as much, which has led to an improvement in those relationships. I found that sharing work and other life stresses with the group and getting their feedback has allowed me an outlet to prevent these from building up. The weekly exercises prompt me to think about where I have come from and where I would like to go in my life, and having quest ally and setting bold actions each week has helped me move towards this.

The biggest surprise I have found from the group is that I have made some good friends outside of it. We have been on trips to comedy clubs, out for meals and drinks and I am sure that in a post covid world, this kind of thing will become a much more significant part of being involved in the group.

I would say to someone who is thinking of joining the group that there are no quick fixes, and you will get out of this group what you put into it. Showing up and sharing openly and with vulnerability, making connections with your quest ally and sticking to your bold actions when you set them are all essential to move forward. Prepare to be challenged and called on your bullshit. But know that this is part of what makes the group so valuable.

Working with Klaus as both a counsellor and our BLA men’s group leader has been a great experience. I had a few other counsellors before him who helped me through some issues, but I found that Klaus has pushed me to progress and face uncomfortable questions more than any of them. Which ultimately has helped shape me into who I am today. I often find myself quoting things he said to me, which helped me unlock my mind when stuck in a problem, and whenever I have a friend who seems like they could use some support, calling Klaus is usually the first thing I suggest.